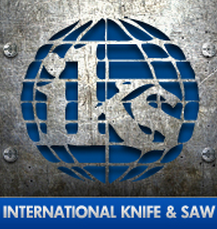 You are here: Home

The Ministry of Industry and Trade has been calling for investors to participate in a multi-million-dollar pulp mill but to no avail, according to Le Tan Dung, vice chairman of Long An Province, at a review meeting on Wednesday.

He said the State-owned Phuong Nam plant is under the administration of the Vietnam Paper Corporation and that the Ministry of Industry and Trade is trying to restructure the project after huge amounts of capital have been poured into the project in the Mekong Delta province.

Local authorities have introduced the project to many potential investors so far but no investors have shown interest.

The ministry is seeking to equitize the poor-performing pulp mill project. However, many investors have turned their back on the project, according to Nguyen Xuan Hong, deputy director of the provincial Department of Industry and Trade.

Trillions of Vietnam dong has been poured into this paper pulp project owned by the Transport and Communication Development Investment Company (Tradico), but the plant still could not be commissioned. The Prime Minister has decided to transfer it from Tradico to the Vietnam Paper Corporation.

The new investor has upgraded the mill and sought to start operation again as directed by the Government. However, the whole production chain failed to work properly during the pilot period, resulting in long delays.

Even though foreign experts have been invited to inspect the plant, they still could not fix the problem.